I would like to share with you some pictures I took from the Martha Stewart’s Farmer’s Market @ Ratchaprasong that I told you about in my previous post. I don’t know if it was because I went on the first day so the event was not at its full swing, but it look pretty “dry” in my opinion. It might be because it was a Thursday afternoon which meant a lack of the normal bustling nature of a farmer’s market. But personally, I thought the event just lacked the real charm of a normal farmer’s that you would find in other countries. It was trying too hard to look like a farmer’s market, but it was actually just a bunch of retailers, mostly ones that you could find in large shopping complexes, opening their stands in an open space with a bunch of haystack benches and fake windmills in the middle. Although in the mist of the bigger vendors, the event also had some smaller, more unknown retailers as well to freshen things up. It’s just a little outnumbered that’s all. 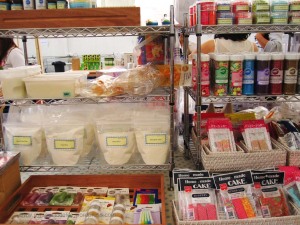 Do not get me wrong, I thought the event was cute and managed to score some stuff like a very delicious lychee cider vinegar from Japan that has such an intense natural sweetness (which kinda killed the purpose of going to a farmer’s market since part of its unique charm normally comes from the local farmers or small retailers bringing in home-grown or locally sourced products.) 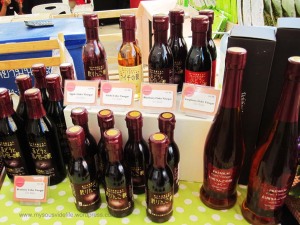 However, there are still plenty of stuff for the arts and crafts lovers from assorted stickers to ironed on appliques. Also, bakers could find imported products that might not be readily available in Thailand. There is also a zone for food where you could find anything from scones to Thai food. Overall, the setup is cute and would please any of you who love a good Kodak moment. 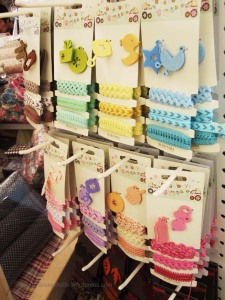 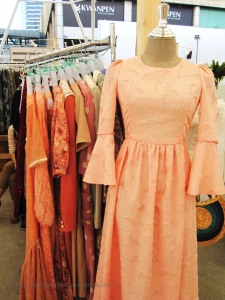 The thing I like the most was the stand for B.R.E.A.D (Business for Rural Education and Development) and its School Rice Project, where they are selling assorted rice -jasmine, brown, etc. – grown by parents of the students of Mechai Pattana School in Burirum province. The proceeds fromt he rice goes towards the school operating costs for the less fortunate students. I believe it’s a great cause, plus the product is super adorable! You must check out the packaging for their rice!  Please see their products HERE. I adore the boy and girl rice bags. =) 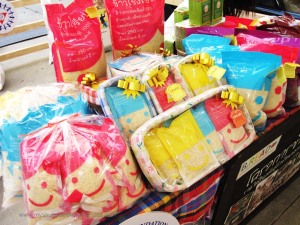 All in all, as such a big fan of Martha’s Living magazine, I might give the event another shot and go back this weekend to see if anything changes. I will update you guys if so.